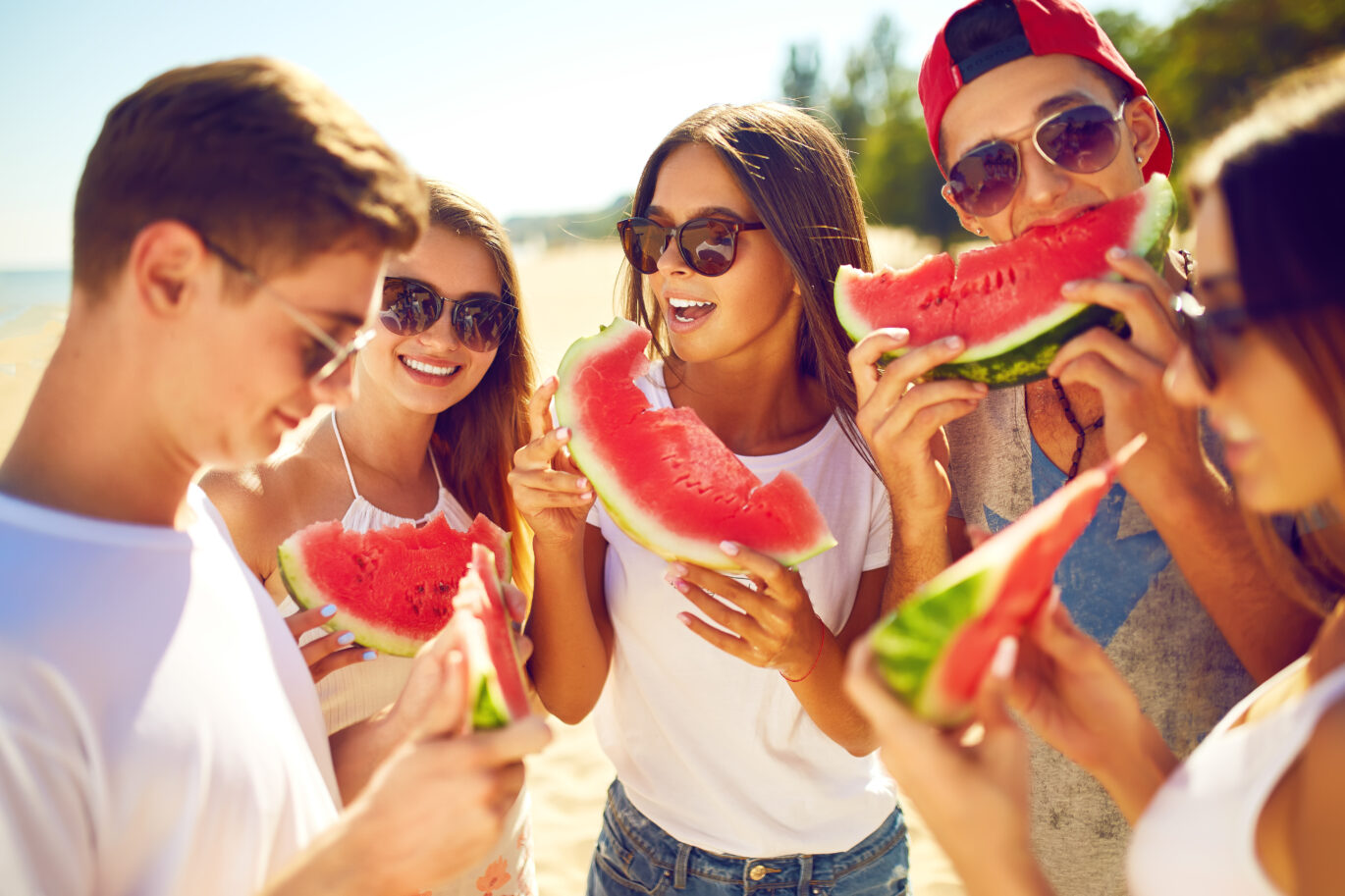 3.  Cut down on the caffeine

3. Nutritional deficiencies (not enough vitamins in minerals in your food choices

A study in Appetite reports had subjects follow either a very low-carb or a low-cal diet.  Those who restricted carbohydrates performed worse on memory tests than their calorie cutting peers, with their scores returning to pre-diet level once they started eating small amounts of starches again. Carb deprivation starves the brain and nervous system of glucose, its primary energy source. And because the body doesn’t store glucose, you need to get it from your foods. To prevent a performance melt down fuel your body by pairing carbs with protein, for example, try a baked chicken sandwich on 100% whole wheat with a teaspoon of mustard.

Energy for Mind and Body

Eat a serving of chicken fajitas, pita sandwich with turkey, vegetarian lasagna and other low-fat meals and snacks. This will probably give you a little more steam during the late afternoon.  Having enough get-up-and-go just to get through the day without feeling you just completed the Peachtree Road Race would probably be preferable to winning the race.  It will come down to eating the right foods at the right time, while including moderate amounts of daily exercise.  The right food choices will help boost your stamina and make you perform better mentally and physically.

Your stamina will come from complex carbohydrates.  A healthy plant-based diet can lower your cholesterol, increase you energy, and help with weight loss.  Adding a small amount of protein eaten with those carbohydrates is what you will need to prevent rapid digestion and absorption of those carbs.  This will keep your mental performance at its peak, according to brain researcher.  Some good sources of protein are shellfish, fish, chicken, veal, very lean beef, low-fat cottage cheese, skim or low-fat milk, low-fat yogurt, dried peas and beans, lentils and tofu, you get the idea.

There is overwhelming evidence to suggest that high-fat meals will slow down digestion and make you feel sluggish.  Fat once digested makes your blood thicker which slows down your circulation, reducing the amount of oxygen delivered by the blood to the rest of your body. Many individuals live to eat when we are supposed to eat to live. The body can produce some of the chemicals needed to maintain health and wellness but your diet will supply the essential nutrients taken from carbohydrates, protein, fat, vitamins and minerals.  Essential nutrients promote growth and repair of skin, internal organs, regulating critical bodily processes, and boosting your energy level.  Anytime, you choice foods that don’t support the cause, you’re setting your body up for failure.  If you are addicted to refined sugary carbohydrates, eat them after your meal.  That way, you get your sweet tooth satisfied, while consuming your essential nutrients.

Let it be understood that consuming high-glycemic foods create mood disorders.  When you eat these foods your body reacts to them by increasing blood insulin levels, which then increase your level of cortisol, known as your body’s stress hormone, which increases your body’s stress level.  Cortisol acts as a big time movie director telling cells to stop up taking sugar, which conversely increases the insulin in your bloodstream. Cortisol is actually ordering each cell to be insulin resistant.  And when insulin levels become too high from consuming too many high-carbohydrate foods a crash in a person’s blood sugar levels occurs which causes the body to secrete more cortisol in an attempt to release glycogen stores in your liver to balance the effects of too much insulin. Basically chronic elevated insulin levels can increase your stress levels. Stressors increase cortisol levels, and the more cortisol in your body, the higher your insulin levels become.  And with elevated levels of adrenalin and cortisol it is easy to feel anxiety, depression, or experience a panic attack.

The ways we eat effects are energy levels.  You can rob your mind and body of needed energy with the wrong kind of consumption or pick –me ups.  The wrong nutritional choices you think could boost your energy can actually backfire, becoming energy robbers.  Research studies show how personalities and foods collide.  The notion of though theorizes that many moods send specific signals to the body. For instance:

Make up some grilled chicken wraps and hold the mayo.  Eating 4 to 5 ounces of protein helps your brain create dopamine and norepinephin, which are neuron chemicals that help keep the brain alert.

The stress hormone can take a toll on your body.  A handful of sesame seeds while working will help with magnesium depletion, try reducing your stress and increase your ability to become resilient by learning how to cope with stress more efficiently.

Consume some turkey.  Turkey contains tryptophan which increases serotonin levels in the body and assists in combating cravings for simple carbs. Also the consumption of foods high in omega-3 fatty acids have shown to assist with depression in pregnant woman.  Some natural sources of omega-3 are found in high concentrations in fish oil, flaxseeds, flaxseed oil, and algae.

When your confidence is waning as the day rolls over you, get a heart healthy snack size of chocolate with 70% or more cocoa. Chocolate contains a host of chemicals to brighten up your mood like anadamine which targets the same receptors as THC and phenylethylamine, which produces that cozy, euphoric feeling.

Caffeine provides its user enhanced alertness, endurance yet like any drug your body can get use to the effect and before you know it your visiting the Star Bucks several times a day.  Caffeine increases norepinephrine and is an appetite suppressant and speeding metabolism.  If consumed in moderation (one or two cups) is a proven ergogenic aid but when you start making pilgrimages all day to get that cup of java, coffee drinkers start to complain of anxiety, irregular heartbeat, insomnia, and nervousness.

Sugar provides an immediate short term energy boost.  But when you get into a lot of small does of short term energy, those foods tend to be void of essential macro and micro nutrients, water, and fiber robbing you of more nutritious meals you could have eaten not to mention the beta-endorphin increased in your body that simulates more sugar carvings, so it is best to use all sweeteners sparingly whether it is table sugar (sucrose), cane sugar, brown sugar, natural or evaporated cane sugar, fructose (corn syrup), agave nectar (made from cactus), honey, rice syrup, barley syrup, or non-nutritive artificial sweeteners such as sugar alcohols, aspartame, and sucralose.

It is a documented fact that your body needs 7 plus hours of sleep.  Sleep gives your body the time to recover psychological and physiological.  When you burn the candle at both ends and don’t take the time to rejuvenate, your body will find a way to compensate for low levels of serotonin, dopamine or a protein called neuropeptide Y (NPY), which decreases metabolism and increases your appetite.  These low levels of hormones cause cravings for sugary foods that give the body the immediate release of serotonin and dopamine.

When you are stressed you activate your brain’s neurotransmitters.  In response your body tries to diffuse the problem and calm the neurotransmitters in the part of the brain called the locus coeruleus.  Everybody has different preferences, some individuals prefer a good smoke, other like certain foods, others like sex, and others resort to drugs. Regardless of which vice you choose, you’re simply activating the brain’s reward center.  Get this; research speculates that people’s food choices may be influenced by the brain’s reactions to prior food eaten. For instance when you eat a food that elicits top mental performance, the brain is conditioned to prefer and prioritize those foods.  The best food combination should be a mix protein and carbohydrate food balance to support brain function.

Antidepressants influence norepinephrine, a compound related to epinephrine that assists in eliciting the stress response in the body.  The basic concept works like this, the ability to respond to real or imagined physical danger involves the body’s hormonal and nervous systems.  You know as the fight-or-flight reaction which is really just a stress response.  When you are confronted with physiological or psychological danger your nervous system releases neurotransmitters, and glands supply the brain with the compounds *epinephrine and norepinephrine. Every organ of your body is affected and the metabolism is sent into full speed ahead.  You become a lean mean fighting machine, the pupils of the eyes widen, the muscles tense up, the blood pressure rises, the liver releases glucose, fat cells release fat, breath quickens, and the digestive system shuts down to permit all the body’s systems to serve the muscles and nerves. The body is now armed and ready to perform with amazing speed and strength to whatever threatens it.

Note:  Epinephrine is the major hormone in the body that elicits the stress response

Let’s circle back to antidepressants, drugs that influence one of the stress hormones norepinephrine.  Some antidepressants work to control eating by easing anxiety, others actually increase weight.

.  Bupropion known as Wellbutrin has been shown to be effective as a weight loss med by influencing levels of norepinephrine and increasing levels of dopamine a brain neurotransmitter responsible for pleasure seeking. Yet there are more cons than pros for using this class of drug.

. SSRIs like Zoloft increase weight, sexual side effects, and delayed orgasm. And another variety of SSRIs like Celexa and Lexapro decrease appetite.

Nicotine works as an appetite suppressant the same as caffeine by increasing norepinephrine which is a compound which elicits the stress response of the body.  Nicotine also speeds up the metabolism and heart rate.

In pursuit of weight loss, if all else fails and you feel you are just not getting anywhere fast, see a Bariatrician, a weight specialist.  You can find board-certified specialists at the American Society of Bariatric Physicians website: www.asbp.org.