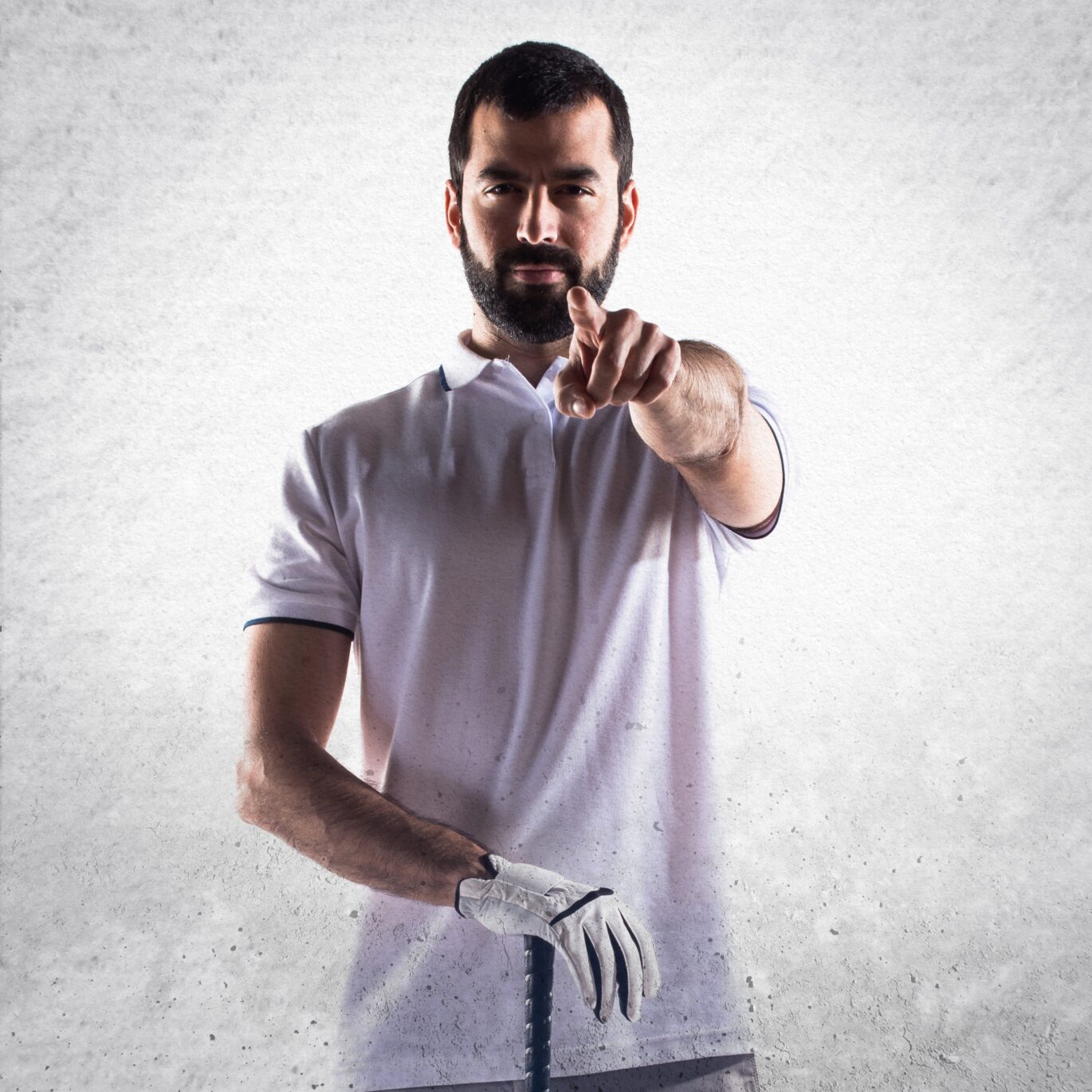 The Mental Game of Golf and How to Get Control

Tomorrow’s golf game depends on the mental and physical changes you implement today. Becoming an accomplished golfer requires change – to change is to attain golf maturity, to mature is to go on recreating one’s golf game. Getting to this point requires conscious awareness drawing on one of the greatest traits of childhood- our ability to play. Playing the game of golf, while retaining an open minded, nonjudgmental curiosity is the cornerstone of ones capacity to imagine and reinvent the success on the green. The more new things you try to learn, the better you become at learning and automatically doing. Active engagement of the golf brain, capitalizes on the activities required to execute that perfect ball strike, allowing the brain to reorganize itself adaptively and enhance its performance each time.

Finding bold solutions to the challenges of playing the game of golf is the essence of modern thinking, while complacency is a formidable hurdle. It is only recently that neuroscientists have figured out how the brain actually processes experience in order to encode learning and build performance capacity.  The so-called “mirror neurons” in humans is a subject of much speculation. Some researchers in cognitive science and cognitive psychology consider that this system provides the psychological mechanics for perception. Think of the mirror neuron as a pathway to training the understanding of a new skill through imitation. Simply stated the mirror neuron aids the speed and accuracy of our perception by mentally simulating objects and actions in our environment. Knowing that mirror neurons allow us to internally reflect our external world is a quantum leap in our understanding of how humans comprehend and master their environment.

Experience gained through observation activates these performance-enhancing neurons, which accelerate learning and the capacity to learn. Traditionally, scientists have assumed that people gain new skills through practice—that is, through direct experience—but the existence of mirror neurons means you can also gain skills through observation and indirect experience. Think about this for a moment: When a golf pro demonstrates the correct stance and swing for you to imitate, mirror neurons are activated, enabling you to learn from his experience by supplying you with the mental image of the correct actions. And it’s not just physical skills that can be picked up this way. Your social cognitions used in relationships are similarly aided by specialized neurons that reflect facial expressions, gestures, and other signals, and develop your ability to read other people’s actions and expressions by matching them with internal representations you have acquired. This suggests that mental imagery—for instance, trying to re-create the golf pro’s swing through a mental picture—is a valid mode of learning and acquiring new competences. Indeed, sports professionals often attribute their exceptional abilities to being able to “see” the ball and its flight prior to striking or catching it.

As a golf coach, to me it is one of the most detrimental thoughts golfers can have is about the swing itself. All my golfers will have a long checklist of golf swing thoughts that they go through before they actual address the ball and swing. Think about it, there is a huge locus of attention prior to actually taking the swing. There is allot of research in the area of internal thought, which can be debilitating and prevent your body from making the natural motion that you subconsciously know to do. It’s like driving a car. When you drive a car your don’t have to think about all the mechanical things necessary to safely get your car from point A to point B. You don’t have to think about how hard to press the brakes or the rotation of the wheels to take a turn. Your subconscious mind is on autopilot because you already know how to drive a car. But now think about what happens when you hit a pothole, see a detour, or notice the police in your rear view mirror. Now your brain has to deal with several distractions making your brain consciously rethink about what you need to do in order to get to your destination or not get a ticket rather than normally drive the car.

I find many golfers are thinking way too much about the mechanics of their swing rather than just let it happen. What I mean by that is that golfers have a tendency to obsess about the mechanics of the golf swing, and it completely disrupt the fluidity of their swing and prevents them from letting the body make natural movement patterns. The more deviation from what your brain thinks is the right swing the stronger the desire to control the swing path, angle, speed, and power. Which is your brain’s way of trying to prevent the action that caused the last bad shot that sent your ball into golf hell. It doesn’t work to try to change a swing fault during a round of golf or even worse during your swing.

Your brain needs to focus on two things temp and ball strike. If you can’t do that then focus on something unrelated to your golf swing allows your subconscious golf brain to take over. It is like humming your favorite song under your breath during your pre-shot routine and during the swing. A couple years back, a survey of PGA Tour players revealed that 18 of the golfers surveyed don’t think about anything at all during their golf swing. Hear are a couple professional comments:

“You turn off your mind. You feel your golf swing without really thinking about it. It’s almost like you don’t think at all. Maybe you have one little thought, and everything else becomes automatic.”

“I forgot everything I ever learned and went out and played the game.”

“If I have a tough shot or a moment where I really need to hit a good shot, I just think about trying to make good contact, and that’s really it. It’s as simple as that. Take everything else and try to de-clutter your mind. Just concentrate on making good contact and more often than not it works out okay.”

“I rarely think about mechanics. For me, golf is about feel and swinging free, like you couldn’t care less about your results. I know that might be hard to accept, especially if you’ve been struggling to hit the ball straight or have contact issues, but when you’re able to build trust in what you’re doing and simply let it go, power creeps into your swing as if by magic.”

“David, my coach, always tells me one word: kiss. That means, ‘keep it simple, stupid’. Sometimes when I am in a pressure position and I need to do well, I sometimes get a little over-complicated or overthink it. Rather than actually think about something, I try to not think about anything. Sometimes it is hard to not think about not thinking!”

“What’s my swing thought? Absolutely nothing. That sounds completely corny and rubbish to the outside world, but when your focus point is literally a pinhead, and that’s where your level of concentration is, you don’t need swing thoughts. You just need to be clear on what it is you need to do. You don’t have to make a perfect swing; you just need to execute a shot.”

It seems that the world’s best players have little to nothing in their golf brain in the way of swing thought while they’re out on the course. Next time you are on the green, try focusing on your target and clear your mind of all technical swing thoughts.