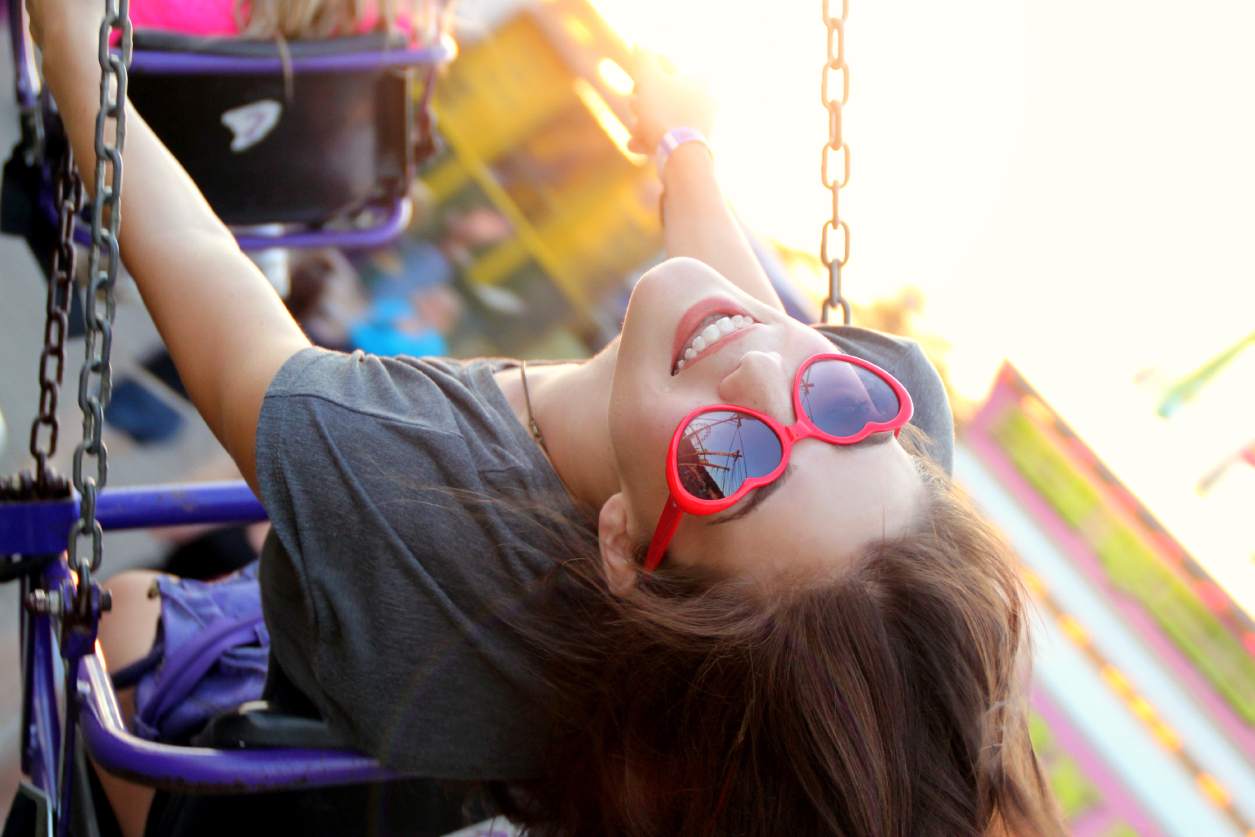 How it Affects Life Change

Ability without willingness is considered a motivational deficiency while willingness without ability is a skill deficiency.  The capability to shift one’s lifescape comes down to their ability and willingness to initiate change.  As in physical training, I strengthen my client’s ability to change by providing necessary resources, techniques, and knowledge. Ability is a great attribute to possess, yet most individuals must be given the necessary resources to work on their lifescape. More importantly, they need to know what to do with those tools.  For example, lecturing on nutrition provides my clients with a lot of basic knowledge, while a grocery tour allows them an opportunity to implement what they have learned by walking down the aisles and facing real choices. This is where the rubber meets the road. Life’s highways are riddled with dangers and opportunities. Willingness comes down to understanding what is being asked of you and being capable of working outside your comfort zone while applying newly learned skills.

The combination of ability and willingness towards a life changing decision must disappear before the behavior can shift.

Factoid: When the student is willing, the teacher arrives.

Peter Senge, author of The Fifth Discipline: The Art & Practice of The Learning Organization, states, “structures of which we are unaware holds us prisoner,” making us aware that it is our responsibility to learn how to approach life change as a manageable process. The understanding that life change is not an event but a continuum empowers you to influence what will happen.

Managing and optimizing life change requires the realistic matching of one’s capabilities against the choices made. When individuals believe their capabilities are greater then what they are being asked to do, they tend to feel positive because the outcome is predictable and the probability of success is high. But when presented with many unknowns, individuals typically feel negative because the outcome seems undesirable and unpredictable. All this comes down to your current mindset. Your mindset is a representation of your current values known as a belief system, and belief systems are the keys to learning. Benjamin R. Barber, a well-known sociologist, feels success comes down to the learners and the non-learners.

No one is spared from the reality that life is a constant challenge. Nothing is easy when it’s new or there are unknowns. So how can you get with the program and feel a sense of comfort and satisfaction? The secret is that there are two meanings to ability, not one. First, there is a fixed ability that needs to be proven. Then there is a changeable ability that can be developed through learning; the second one allowing everyone to have the choice to learn and change. Carol S. Dweck, Ph.D. and author of the book MINDSET, The New Psychology of Success, believes that in the world of fixed traits, success is about proving you’re able, smart and talented. And in the world of changing qualities, life is about stretching yourself to learn something new. For example, would you want to keep doing the same crossword puzzle over and over or follow the same training regime for the next decade? Even in Harold Ramis’s 1993 movie Groundhog Day, when Bill Murray keeps trying to get Andy MacDowell’s attention he has to change his tactics and learn from past encounters. If you want to accomplish something, learning new ideas and putting them into practice is something you have to work on. You always have the choice to change your life.

Unconsciously, when involved in any type of life decision or interaction, individuals tend to keep a running tab of what happening to them, how it affects their lives, what it means, and how they are going to respond. In other words, the belief system is constantly monitoring, evaluating, and interpreting every action a person takes.

A psychiatrist named Aaron T. Beck was the first to realize it was an individual’s belief system that created resistance to change. Beck helped his clients develop change strategies that would allow them to use their mental framework to shift behaviors. This technique created the basis for cognitive therapy. Cognitive therapy puts you in charge of mindset thereby changing your behaviors. As you can imagine, it not easy to let go of old beliefs, behaviors or assumptions and it’s especially not easy to replace a belief system with a mindset that tells you to embrace all the things that make you feel uncomfortable. So, let’s be clear: whether the change is major or minor, it can be exciting and scary to phase out the old and ring in the new. But when you make an effort to change how you normally react to negative circumstances and make a commitment to replace those old behaviors with more positive ones, you will start to put new ideas into practice which will spur familiarity and comfort and allow new patterns of behavior. Remember the old adage “practice makes perfect”? Well I guess your mom knew a thing or two.

Factoid: Every life change is not a triumph.

The final ingredient needed for behavioral shifts to take root is commitment.  Unless there is real commitment to both attain the new behavior and pay the price of implementing preventative strategies life change will never have the opportunity to take hold.  Commitment to alter your lifescape is the force that tills the soil, helping enrich the terrain by adding the ingredients of focus, determination, creativity, and resourcefulness to solve problems.

Factoid: The level of commitment must match the level of demand for change to take root.

In the words of Daryl R. Conner, author of Managing at the Speed of Change, “Commitment is the ‘glue’ that provides the vital bond between people and change goals.”

Commitment is what transforms a decision into reality. It is the dialogue that mentors your mindset. Commitment to life change means carving out time when there is none, and coming through time after time after time. Commitment builds character to change things to come by giving us the strength and conviction to triumph over skepticism.

Factoid: Commitment is the cornerstone for any kind of intentional change, allowing one to cope with or adapt to the new reality.

The Power of Commitment

Commitment, or lack of it, shapes our lives and possibilities. We are faced with decisions every day which influence our satisfaction, productivity, accomplishment, and the consequences of keeping or not keeping our commitment. One thing that distinguishes the human species from the rest of the animal kingdom is that we have the capacity (ability and willingness) to think through decisions prior to making a commitment which would require our investment of time and energy. Without commitment, the road to change gets confusing. The notion of commitment has allowed the human race to create the institutions of marriage, organized religion, and rules of conduct and social interaction. Whether we are meeting a friend for drinks, paying the utility bill, or trying to lose weight, we are always moving within some stage of conscious and unconscious commitments.

When making a life change, the degree of support that surrounds the change decision can promote progress or regress in the time needed to go from the stages of becoming aware and initiating the change to actually accepting and internalizing the shift in behavior. Once the change is on your radar, your awareness to actions that affect the change becomes pronounced. Awareness heightens your perception of the actions being taken, causing you to analyze everything you do which can lead to confusion as well as new learning and understanding. Confusion lessens the adoption of the new ideas, whereas understanding creates a new level of commitment called acceptance. Understanding why you have decided to change belief, behavior or assumption, helps justify the shift in emotional and intellectual viewpoints. As new values take hold, you become more positive about why you made the decision in the first place; you start to realize the benefits and the momentum of commitment to a positive change pushes the accepted behavior into the adoption phase. Once you have adopted the new change strategies, you will start to practice the new behaviors, assessing the implication of the change, learning how it will affect your lifescape, and questioning the spark that initiated the change decision. It is at this point in the change process that people decide to either terminate the change decision, or or they appreciate where they are going and internalizing the new practices.

Factoid: Level of commitment defines your relationship with the future.

The Paradox of Change

In order for life change to take place, we need to challenge our frame of reference by becoming unreasonable or even uncomfortable with the new change commitment. If we only commit to what we think is reasonable and feasible, we are doing no more than maintaining the status quo and committing to more of the same. Reasons are products that formed our old belief system which helped us to explain why things happened and what was or was not possible. Reasons become excuse mechanisms or barriers that justify why we “can’t” or “can” move outside our comfort zones. Changing your frame of reference has its benefits. Moving outside of your frame of reference means behaving in a way that is inconsistent with conventional wisdom and the status quo. Some of our biggest discoveries came from the minds of brilliant individuals who though outside of conventional wisdom of the time, and simply thinking outside the norm.

When you make a life changing decision, ask yourself what you are committed to make happen. Then start to create the action steps and behaviors that would be necessary to achieve the desired outcome. Not only will you empower yourself to behave differently, but you will begin to listen to others differently and start to realize all the new options which were not apparent. Think of it this way: individuals who live their lives within the comfort of the status quo simply adapt themselves to the circumstance they find acceptable, which represents another commitment to more of the same. The individual who seeks real life change learns to adapt themselves to the new challenges they have chosen, allowing them to act in a manner that is inconsistent with their former belief system.

Every day is filled with hidden dangers as well as unexpected opportunity. One’s lifescape is like a river with its ebbs and flows. Your life can be compared to the current global financial system; fluctuating within cyclical economic forces. While these patterns seem invisible to the average person, the changing financial climate is like a hurricane as it gains momentum. Not knowing that a hurricane is bearing down on you in the future offers no protections from the devastation. And changing your belief system doesn’t in itself make you immune to its consequences. It is only a matter of time before life throws you another curveball. The advantage of being mentally prepared and ready for life’s inevitable surprises is that it will allow you to face the challenges of life changes.

Daryl R. Conner, Managing at the Speed of Change 1992, published by Random House.

Peter M. Senge, The Fifth Discipline: The Art & Practice of The Learning Organization, 2006

Albert Ellis, Rational Emotive Behavior Therapy: It Works for Me-It Can Work for You, 2004

Albert Ellis, The Road to Tolerance: The Philosophy of Rational Emotive Behavior Therapy, 2004

Elizabeth Kubler-Ross and David Kessler, On Grief and Grieving-Finding the Meaning of Grief Through the Five Stages of Loss, 2007.