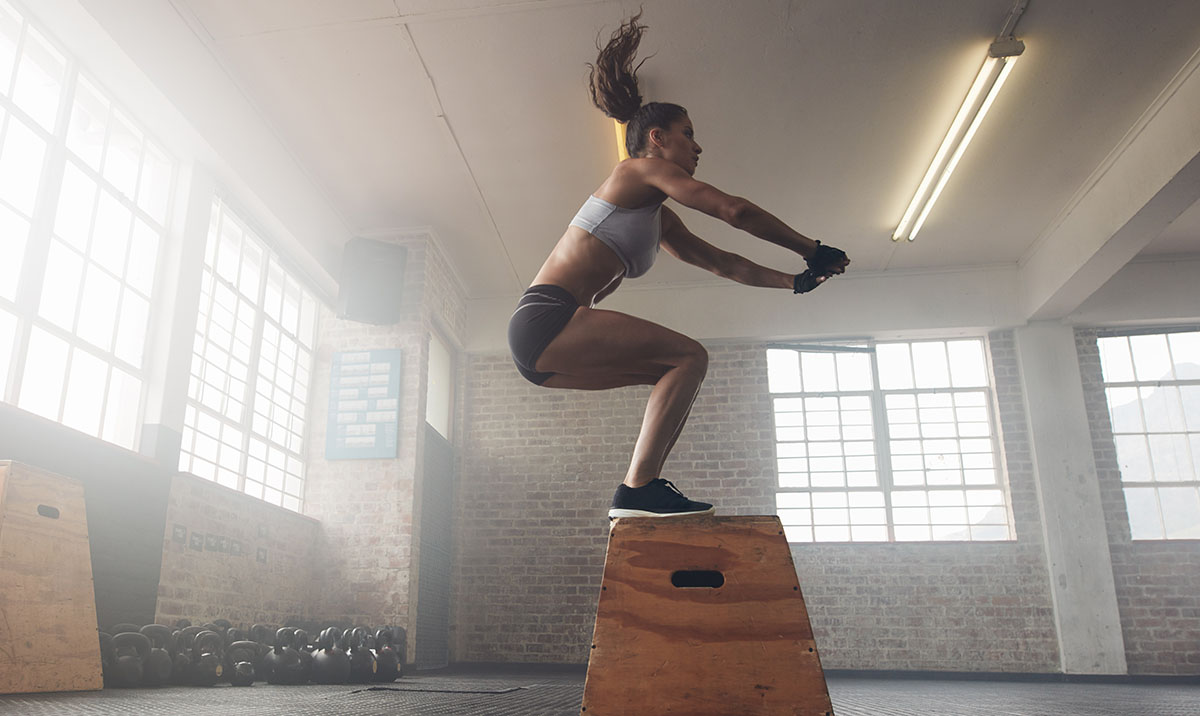 One of the most common misapplications of box jumps is using them as a conditioning exercise. Typically the trainer or athlete does multiple repetitions. There are a lot of issues with that mindset. One is that the form tends to break down when people do them quickly. Also, people don’t pay attention to the landing, so they aren’t absorbing the force very well. That’s very stressful on the body. If you land wrong one time, you can tweak something. Here are some tips on making the most of this movement:

The launch, squatting deeper doesn’t make you jump higher; in fact, it just slows you down. Instead try a quarter-squat, at most. Case in point, basketball players aren’t going into a full squat before a rebound.

The landing, when jumping back down, never land with straight legs (like gymnasts do). Thinking about keeping the landing soft, allowing joints to flex slightly to absorb the impact.

The reps, keep reps low, the goal of a box jump is to be explosive and jump high, so each box jump is a 1-rep max. But if you are looking for explosive ground force as your go to, there are a lot of other exercises you can do that are safer and lend themselves better to repetitive movement pattern. Keep box jumps to 8-12 reps with up to 60 seconds of rest in between and give it your all during each one.

Note: (This type of exercise is not recommended for individuals with foot, ankle, knee, hip or back issues)

If you can do 10 of a particular move while maintaining proper/pain free form, that’s a good time to increase the challenge.

. Squat on floor using your body weight plus load (load could be some free weights or weighted vest)

. Box jump up then step down

. Step up on box then jump down

. Depth jumps – step off box, land with both feet soft and flexed lower body then immediately “explode” into vertical jump

Note: Lowering the height of the box is a good way to regress the box jump